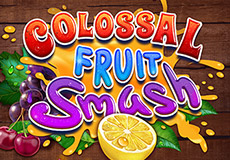 Land a single game logo icon to trigger a respin, with reels 2-4 turning into a single reel of colossal 3x3 symbols. Each respin also activates a new jack in the box symbol for that spin. This symbol can land on reels 1 & 5, and springs open to become a Jester Wild Reel . Land a golden strawberry anywhere on the reels to see it burst into up to 9 overlay wilds. Land a colossal golden strawberry to turn the entire game-board into the highest paying symbol, awarding the player a whopping five thousand times their bet.
DEPOSIT AND REDEEM YOUR WELCOME PACKAGE GET BONUS